Behind the Pen: Yase of Haruka x akuraH 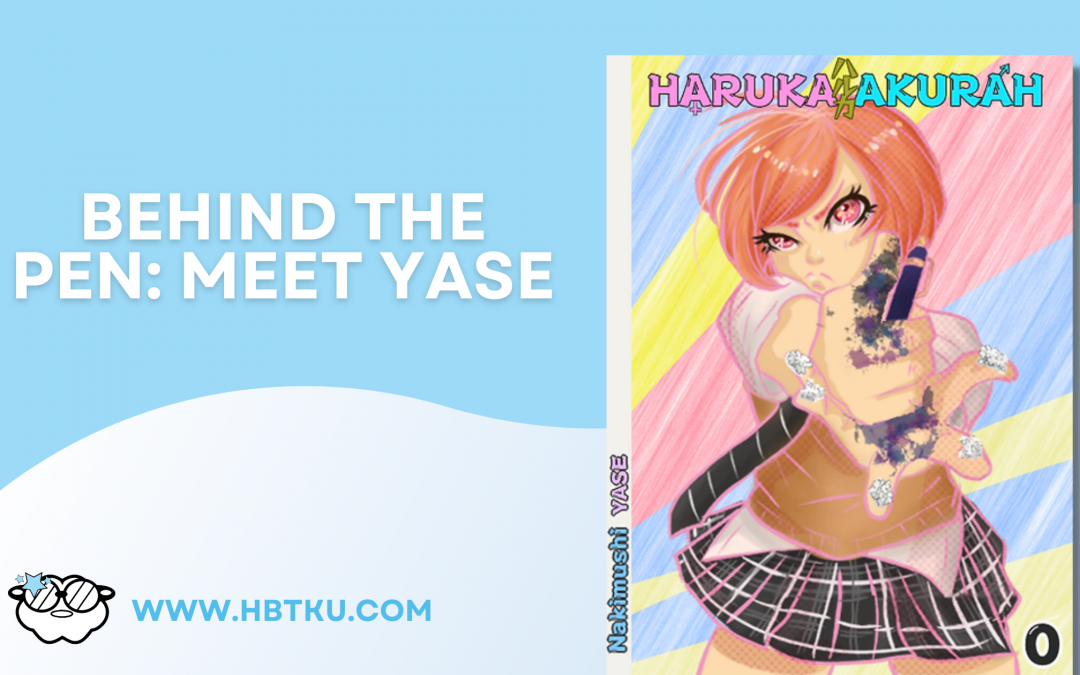 Anime and manga fans are likely to be familiar with Viz Media and Kodansha. As publishers and distributors, Kodansha and Viz Media produce manga magazines fans are familiar with, such as Weekly Shonen Magazine and Shonen Jump. Writers and artists these companies employ for their magazines almost exclusively reside in Japan. Opportunities are limited for those in the west wanting to be involved in manga. Although limited, opportunities are not entirely absent. American manga publisher and distributor, Concept Moon Studios, started their own new manga magazine known as Project Moonlight. Project Moonlight is meant to shine a light on Black and POC creators, many of which have chosen to make their main casts predominantly Black. Project Moonlight includes five manga anthologies by five different Black artists. One of which is Yase, the author of Haruka x akuraH.

Haruka x akuraH is a hybrid manga that crosses shouen and shojo demographics with supernatural and mystery genres. Haruka x akuraH follows the story of 18-year-old Haruka Kagami who unwillingly learns how to handle heartbreak and the fate of her hometown. Yase was tight-lipped on what would occur in the series and on providing a more detailed description. However, they did give a general idea. “I want to convey kindness and understanding, and messages of not giving up when things get hard—but also how important it is to not be left alone with the big task that is life.” They also said the manga will tackle challenges many of us face day to day, which are change and the ability to let go. Knowing the story is about Haruka dealing with heartbreak and uncovering what happened to her hometown, fans can expect the story to be a bit darker. It seems Haruka will be unable to change whatever tragedy happened, even as she unravels the mystery around it.

As a hybrid manga of shounen and shoujo, Haruka x akuraH borrows elements from popular series that cater to those demographics. “So, yeah, it will definitely have more action than the typical shōjo. And while romance does play a role, the role will not be as huge as in usual shōjo romcoms or romance manga.” Various elements from Yase’s life will also appear in the series. While assigned female at birth, Yase is gender fluid and chose to include many of those struggles in their own life within the story (at this date of publication Yase uses he/him pronouns. In the event it changes, they/them is used to refer to Yase). “It’ll also deal with gender dysphoria, isolation due to background, and being different—and, of course, not every single character is going to be fair or skinny. All of this will gradually pop up in the progress of the story. Since I am still drawing it, my art style and other things may also change and be able to depict the things I wish to include even better.” Yase has also done work outside of Project Moonlight also. Being multilingual, Yase has localized the indie video game Yeah Yeah Beebiss II into both Japanese and German.

Concept Moon and Yase have big plans for every series being released as part of Project Moonlight. Their goal is for Project Moonlight to be “the next premier platform for new manga,” and for each to be adapted into an anime. Yase shared their plans for Haruka x akuraH.  “So, my plans are, since I am a videogame art and design and animation student, I definitely want to make my manga into an indie RPG game once it’s completely finished! I think it would be amazing if fans could re-experience the story in a more involved way and from a different perspective!” Working with Concept Moon has been such a rewarding experience, according to Yase, and based on their description it’s easy to see why. “Concept Moon is very supportive. They’re giving me the best working conditions and letting me explore my creative freedom without fear of censoring, alteration, or what is of biggest concern as a queer POC/Black person: discrimination. They are the ones who approached and scouted me for my art and convinced me to turn my ideas and dreams into reality, and they have done nothing but promote and support me in any way!” Through Concept Moon scouting out Yase and inviting them to be part of their project, it appears a successful partnership was formed.

Yase’s work, Haruka x akuraH, will appear in Project Moonlight, which can be pre-ordered right now. Project Moonlight will feature four other manga series. Hubtaku had the chance to speak with the author of each, so be sure to lookout for more details. In the meantime, fans can read more on those authors by going to Project Moonlight’s kickstarter here. Concept Moon Studios has released several other manga which are available to purchase on their website now, along with plenty of merchandise and t-shirts for those who love their work.

Thanks for reading! Hope you all enjoyed learning more about HarukaxakuraH, Concept Moon, Project Moonlight, and Yase! Lastly, as always, thanks for making Hubtaku your Otaku Hub.