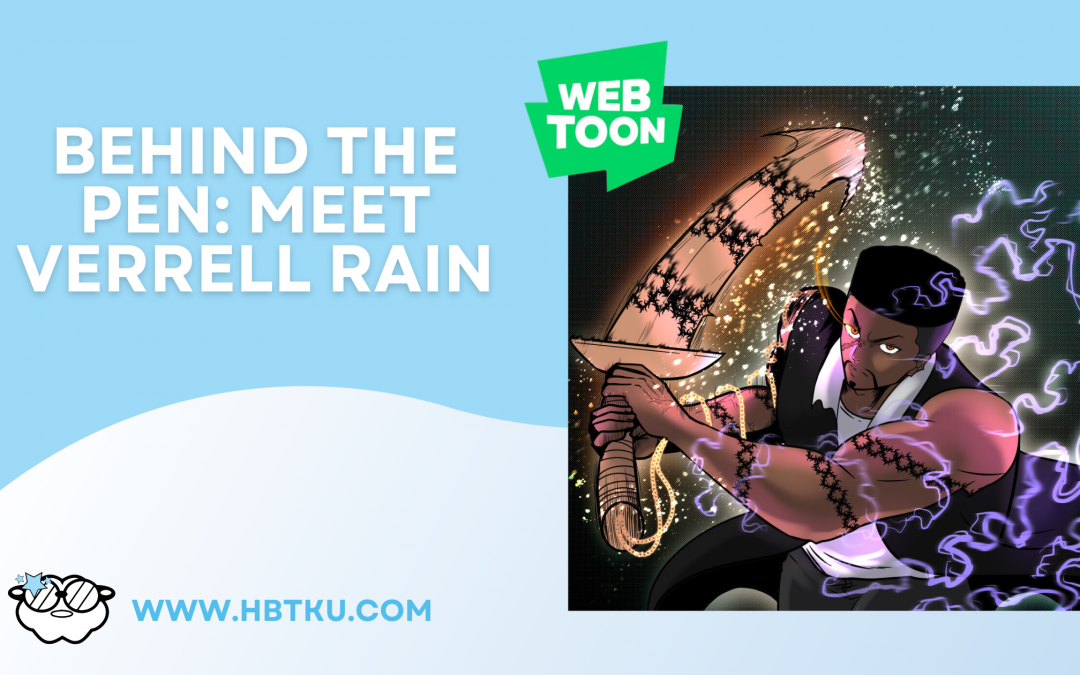 Imagine a world where every human’s abilities were determined by their race, and where people believe that their abilities are inherently better than others, causing prejudice and judgment. What if there was a small band of heroes who rejected this world’s philosophy, believing that different abilities don’t make anyone better? That is an idea of the world in Veraque. In this world, one’s superhuman abilities are determined based on their ethnicity and that has resulted in much prejudice and discrimination. Nebula Rain is the protagonist of the story who fights, not only against these systems, but two very different evil organizations who keep these systems of oppression in place for their own gain. This is the story Veraque, and join me and its author Verrell Rain as we go Behind the Pen.

A world where your powers are based on your race is not an entirely new concept. In Avatar The Last Airbender, nationality plays a huge part in what bending powers you awaken, if you are to awaken any. In media, how people engage in combat (or even use magic) is heavily tied to culture and region, so tying it to powers seems logical. The funny thing is, that’s not what Verrell was going for when he started the series. “The concept of the story is a funny story. Veraque was originally going to be an Overwatch fanfiction. Nebula was going to be giant Fire based Tank hero and Gama Byeonhwan was actually Hana Song from Overwatch. However, as I began to start idea crafting for the fanfiction, I realized I had many, many original ideas so why not make my own story?” Then the story evolved – the more and more he wrote, the more the story took on a life of its own. As the themes of prejudice became more pronounced, he noticed the similarities to series who draw parallels to race through fiction but chose to be a bit more on-the-nose. “The themes of prejudice are more down to earth since I use real races of people instead of the very common allegory found in many media.”

The decision to give Nebula Plasma powers because of his African heritage was interesting, and Verrell did this as a means of drawing a correlation to the trend in POC superheroes “I wanted him to have more powers than just electricity because that’s very common in black fictional characters.” In addition, Plasma wields an ikakalaka, a traditional blade from the Congo region of Central Africa. The story evolved, and with it, so did Nebula’s abilities. “The conflict comes from monoethnic people (1 ancestry) vs poly ethnic people (more than 1 ancestry)…Since being poly ethnic means you have more than one trait. Even though that has its own problems it still causes some to be prejudice towards them and vice versa.”

The core message of Veraque is empathy, specifically the lack of empathy in the world. Nebula is facing off against two heinous groups who commit their crimes based on racism. Whether it be trafficking those that are lesser to make money, or to eradicate those who they deem inferior, Nebula wishes to eliminate them all and try to get others to understand the feelings of those who are suffering. In his journey, he meets many people from different walks of life and different ethnicities and nationalities too, and thus is able to better empathize with others, showing compassion and his caring heart.

Verrell has placed a lot of work into marketing the series. He has submitted specific chapters for contests, continued to post artwork and boost on all his social platforms, and even made animations. “The hardest part is definitely marketing the Webtoon. Not only do I not like marketing but it’s hard to market effectively… I post Instagram, Reddit, Amino and Twitter (a little bit) about my Webtoon. I also directly message people that I think Would be interested in my comic.” This is a challenge many authors face when developing a webtoon and writing a story. It can be frustrating to navigate social media algorithms, and doing so takes energy away from the work. Creators like Verrell Rain are a big part of why Hubtaku exists – being able to help share news and information regarding the works of creators is integral for the content to reach larger audiences.

Veraque is released on Webtoon on a fairly consistent basis. There is no set schedule, but one to two chapters are released every month. Check out the story by following the link here. At the same time be sure to follow Verrell on all his social media accounts to see more artwork and find the ways you can support him. His Patreon is also linked here – Verrell’s goal is to eventually have Veraque animated and brought to life.

Thank you so much for reading, and for making us your Otaku Hub.